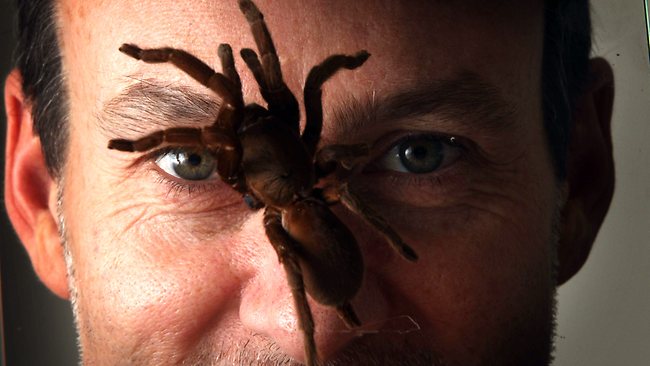 Researchers at the University of Queensland’s Institute for Molecular Bioscience have identified hundreds of small natural proteins in the venom of funnel-web, tarantula and orb spiders that could help kill insect pests on food crops.

There is also potential for these same substances — found only in the fangs of deadly spiders — to offer an even greater global benefit, if they can be utilised to wipe out mosquito colonies that carry the tropical malaria and dengue fever viruses.

Spider venom contains tiny molecules that are some of the most potent naturally occurring insecticides yet found.

Glenn King, head of the institute’s spider research team, said the most deadly insecticides were found in primitive spider species that kill their prey by jumping on them and sinking in their fangs, without first entangling or trapping them in a web. His research team has discovered that the poisonous venom of just one species of Australian funnel-web spider contains as many as 500 different insecticidal proteins, each with potency and target species.

Every tiny protein could, in theory, be “manufactured’ by scientists using bacteria to produce commercial quantities of it converted into a natural biodegradable insecticide, each effective against different insects or grubs such as aphids, thrips, locusts and caterpillars.

Professor King believes that within five to seven years, the first sprays based on spider venom could be used by Australian farmers to kill pests such as locusts on wheat and barley crops, aphids on vegetables and a multitude of other bugs that attack cotton, canola, sorghum and fruit crops.

“This is a really exciting development; the best thing is that because these compounds occur naturally, they are both very eco-friendly and very effective in targeting just one type of insect pest, without killing beneficial bugs such as ladybirds that many farmers use now in integrated pest-management systems,” he said yesterday. “The unique thing is that because they are all natural products specially developed through natural selection of the spider species only to kill insects, we have far fewer concerns using them about harming unintended animal species such as dogs, sheep or even the farmer.”

The research is backed by the Grains Research and Development Corporation.

GRDC manager for commercial farm technologies, Paul Meibusch, said the venom library being developed at the IMB could be of enormous long-term benefit to farmers.