It is believed that ancient Mesopotamian women were the first women to invent and wear lipstick. According to the belief, they crushed semi-precious jewels and used them to decorate their lips. Ancient Egyptians extracted red dye from a fungi called focus-algin, iodine and some bromine mannite which resulted in serious illness. Cleopatra made her lipstick from crushed carmine beetles and ants.

In England, lip colouring became popular again in the16th century. Queen Elizabeth I made bright red lips and a stark white face a style statement. The lipstick was made from a blend of beeswax and red stains from plants.

In 1884, the first commercial lipstick was invented in Paris, France. It was covered in silk paper and was made from deer tallow, castor oil, and beeswax and was applied with a brush. Later in the same century, lipstick was coloured with carmine dye. Carmine dye was extracted from Cochineal, scale insects that lived on cactus plants. Cochineal insects produced carminic acid which was used to deter other insects. Carminic acid was mixed with aluminium to make the carmine dye. 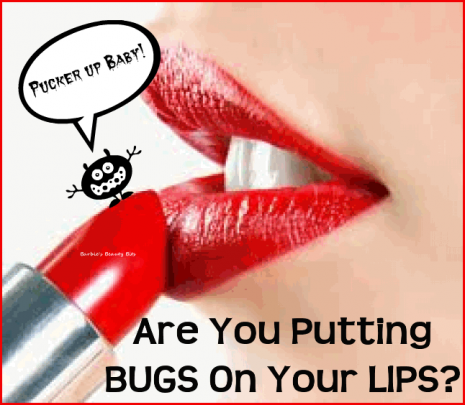