Japanese zoo is trying to improve the reputation of cockroaches

With an approximate 4000 species on the planet, cockroaches are famous for being able to survive almost anywhere. Most commonly they are found in people kitchens or roaming around the house or outside at night.

A spokeswoman for Shunanshi Zoo in western japan said “They have such a negative image but they’re actually playing an important role in the food chain.” as reported by the ABC. Cockroaches have the unpleasant job of eating crumbs, rubbish, rotting carcases and dead plants on forest floors.

The zoo’s exhibition has around 200 cockroaches on show from 15 species. The highlights are the five-way race with cockroaches and allowing visitors to touch the Madagascar Hissing Cockroach which does not fly only his and grows to around 7cms.The spokesperson said the exhibit was already proving popular, with 70-80% of zoo visitors stopping by. 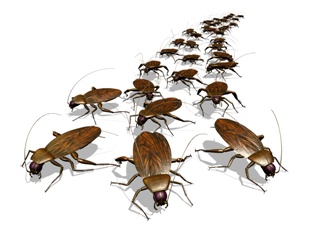